With just a few months left in the 2012-2013 fishing season, let’s take a look at what lies ahead for fishing in Saskatchewan.

The 2012 Saskatchewan Angler’s Guide proposes future changes for next season. Currently, we are looking at limit changes on trout, but so far no mention of walleye or pike. The changes also suggest increasing fishing licenses as well as hunting & trapping.

So far, the licensing requirements have remained the same as the 2012 season. Adults that live in Saskatchewan still pay about thirty dollars for licensing- whereas, Canadian residents pay about sixty- and non-residents pay up to eighty dollars. These prices are annual, and have not increased, so Saskatchewan is the place to be! However, while here- ensure you follow the guidelines that the Saskatchewan Environment pursues severe consequences to violators.

Take a look at this table below, as seen on their website at : 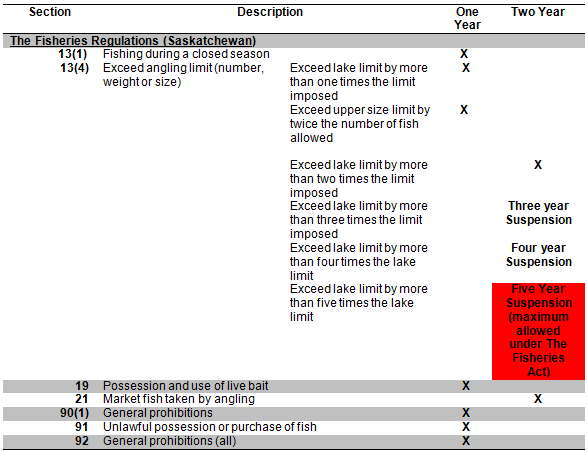