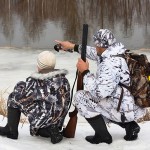 For many families, hunting is a tradition passed down from generation to generation. An enjoyable way to spend time together in the outdoors, hunting also offers opportunities to teach your children about nature and the relationship we humans share with wildlife. If you are interested in passing down your skillset to your children, it is… Read more » 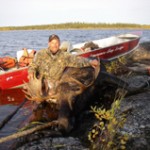 In the final months of 2012, various websites and magazines began discussing the moose populations through Saskatchewan and surround areas. The Saskatchewan Environment (http://www.environmentalsociety.ca/main/) is saying that the moose have gradually increased in numbers over the past thirty years… and since then, there has been talk of increasing populations in 2013. So,.. What does this… Read more »

Grilled Moose Steak As humans, we are carnivores. That fact is often up for debate, but humans have been hunting and eating their prey since the earliest days. It is in our blood, for some of us. You might love a good burger or a huge, rare steak- but you have not experienced truly satisfying… Read more »

You are probably in one of two situations if you’re reading this post: 1 – You’re an avid archer who usually hunts game like whitetail or mule deer. 2 – You’re an avid rifleman or outdoors-man who is trying his hand at moose archery. In either case, here’s some advice on setting up your bow… Read more »

Like every sort of hunting, moose hunting requires patience. But patience is probably the hardest part of trying anything new and exciting, so how do you develop it? Some people are just born with patience, and that’s pretty nice for them. But for those of us who don’t have the gift outright, it just takes… Read more »

Moose season is almost underfoot, and everyone from newbies to veterans will seek to get a nice trophy this year. So, here are some simple tips to keep in mind as you go out moose hunting this season: 1 – For Bigger Trophies, Go North – For whatever reason, common wisdom says that you’ll have… Read more »